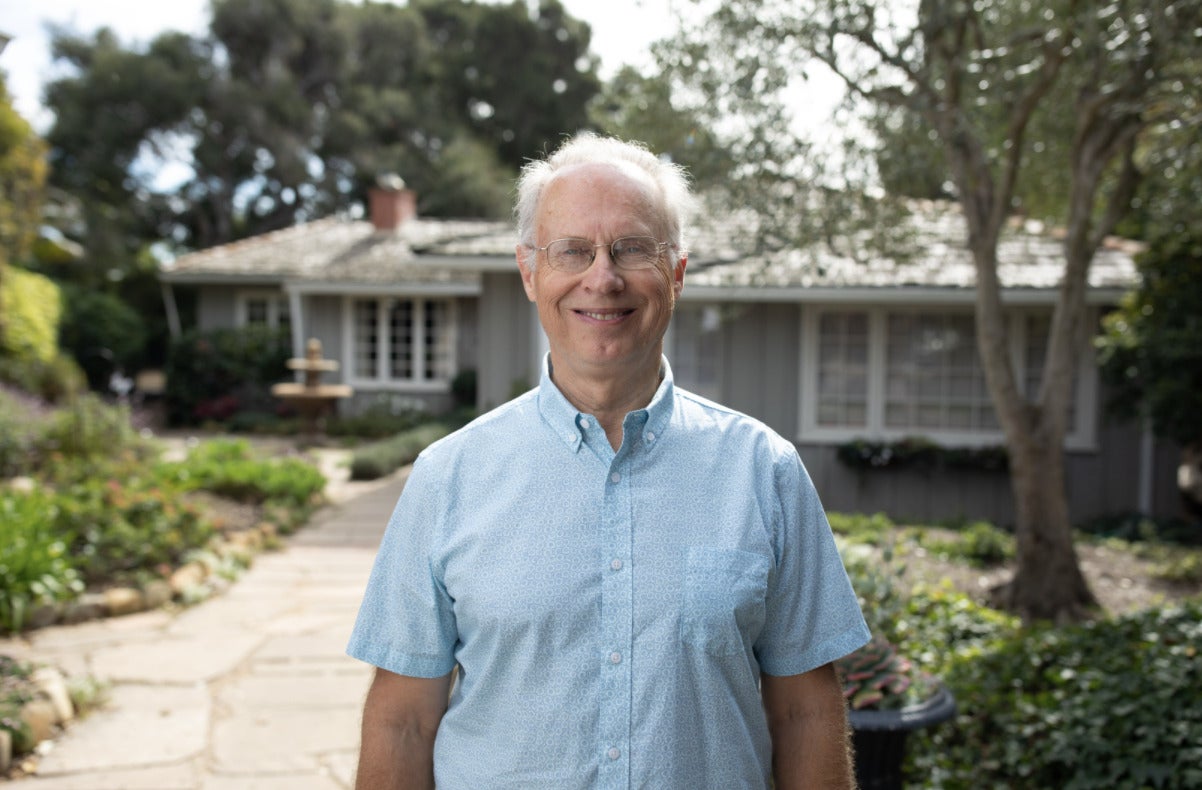 What happens when you take the time to write a letter?

In our continuing series, #MeetFar, we find out what happens when we hear directly from our customers about how they’ve been able to accomplish something because of us.

We can have everything perfectly planned and ready to go, and then disaster strikes.

When we least expect it, an emergency situation can present itself that causes us to rethink everything we thought we knew and challenge our assumptions about how we can power through and get to a positive resolution.

Two years ago, Dave was in the process of applying for a reverse mortgage when his community was hit by devastating fires leaving his neighborhood susceptible to landslides.

🏡 Finding A Way Back Home

Dave grew up in Montecito, an area that is close to Santa Barbara. As a paperboy, he used to imagine living in some of the houses of his neighborhood, never realizing that dream would come true.

He moved away for college and a professional stint in London, England. But, he was able to return and has continued to live there for 37 years.

Today, his family enjoys the benefits of living in a neighborhood that has access to such incredible beauty, nature, and people.

❣️ Access to Ocean In A Home He’s Passionate About

“Well, I think the neighbors are really nice and have the ability to walk the neighborhood. We’re about a half a mile from the beach. We can walk down to the beach and enjoy all of the nice weather here too,” Dave says.

Since living there, his home has undertaken remodels and expanded from a two bedroom into a four bedroom with a family room and other upgrades. 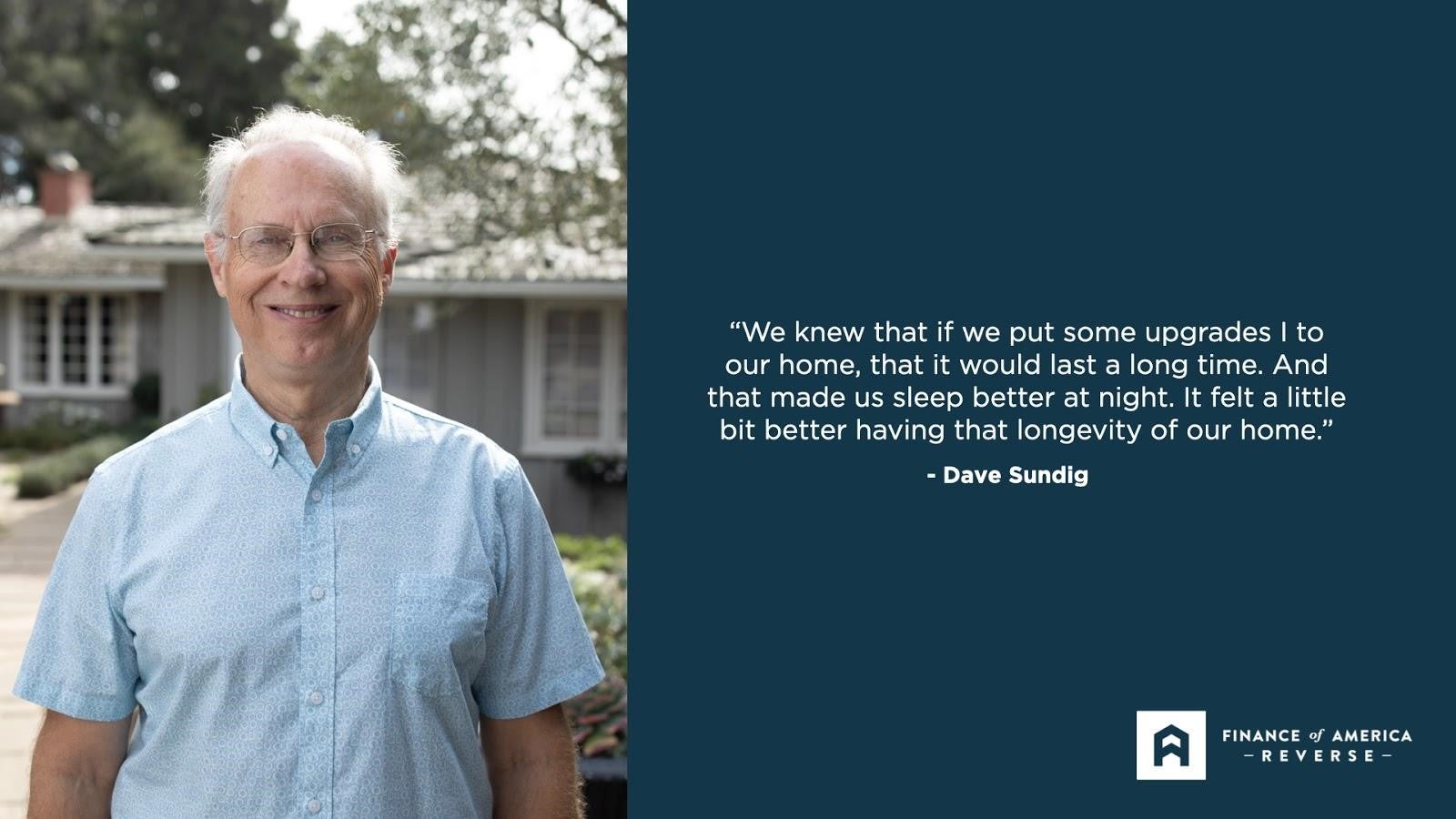 “Everything about my home I think is that I put so much into it,” Dave mentions. “We knew that if we put some upgrades to our home, that it would last a long time. And that made us sleep better at night. I feel like I’m very attached emotionally and physically to it. So, that’s something I look at with pleasure.”

Before the fires and the subsequent landslides, Dave was deep in the reverse mortgage process — one he was a bit skeptical about. “In the early years” Dave recalls, “it had a bad reputation but legislation improved that reputation. So, it came as much more of a possibility for us than before.”

The key for Dave was being able to find a new and strategic way to tap into the equity of the house while being able to stay in the home for a period of time.

Because the neighborhood had experienced such exponential growth, the reverse seemed like a logical tool. For Dave, the choice was simple.

“Well, it was pretty cut and dry,” he recalls.

The challenge for Dave came in the aftermath of the Thomas Fire that ravaged areas around Santa Barbara and Montecito in 2017. While the fire spared his home, the barren hills above his home were susceptible to a debris flow from massive rains that destroyed a number of homes, too. This brought into question whether or not it would impact the ability to get a Reverse mortgage, but also the dependency on getting an accurate appraisal.

The underwriting team at FAR worked to carefully make the case on the backend of the negative implications that being in a disaster zone didn’t affect the ability to get his loan through.

🏡 Benefits After The Reverse

Life is a lot easier for Dave these days.

He remains in the house he adores and loves, and is close to the things nearby that he needs. It’s also been quite a while since he had to send out a check to someone else, and that’s proved satisfying.

“I forgot how to write checks! I don’t write mortgage checks anymore, so, that’s a big impact. It’s all the things that we expected and it’s been easy not to have a mortgage hanging over your head,” Dave says.

This story represents how unique the path to retirement can be. Sometimes there are challenges and tough decisions to be made. For Dave, a reverse mortgage was a savvy and productive tool that helped reach his goals and live the life he truly desired. 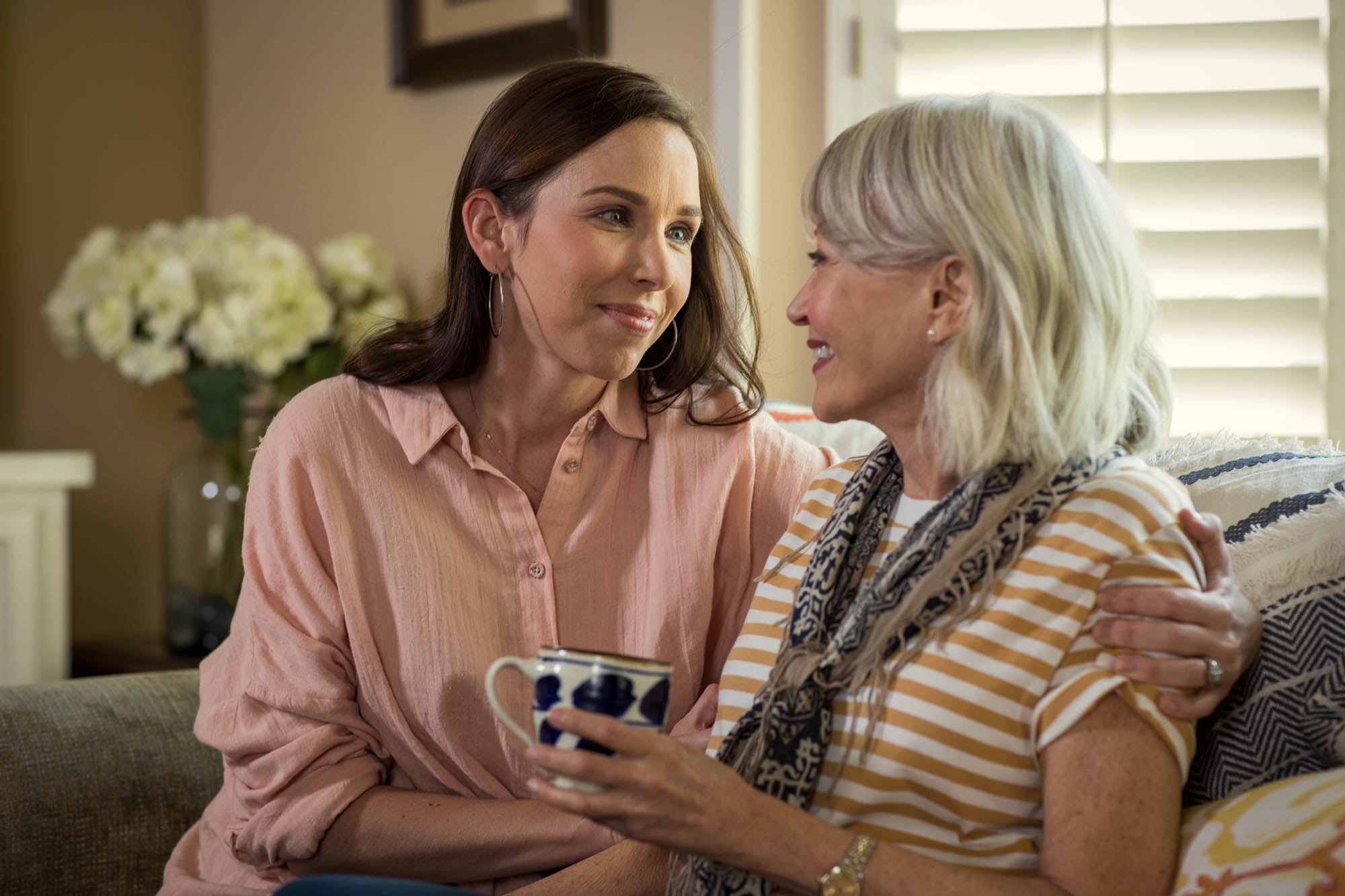 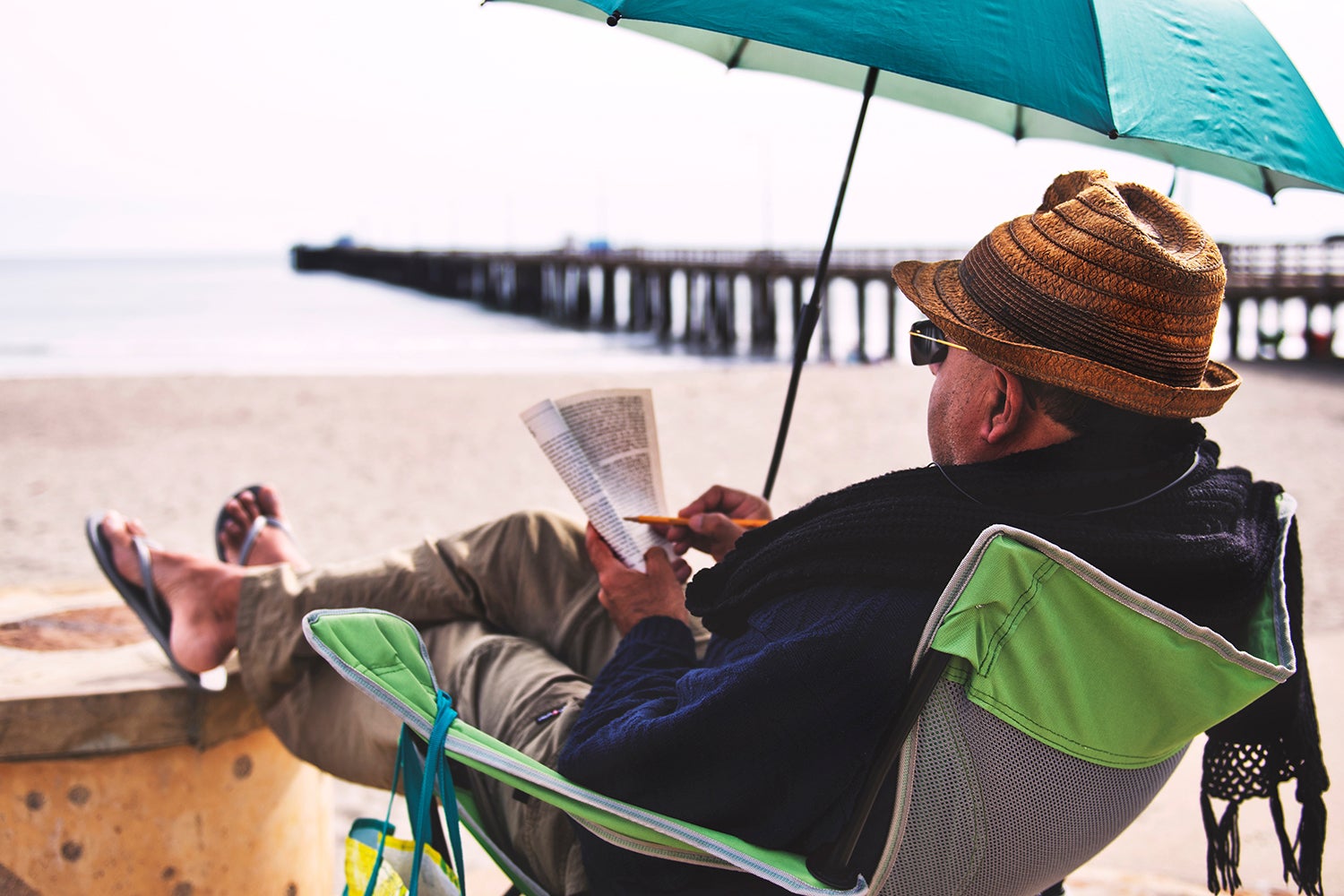 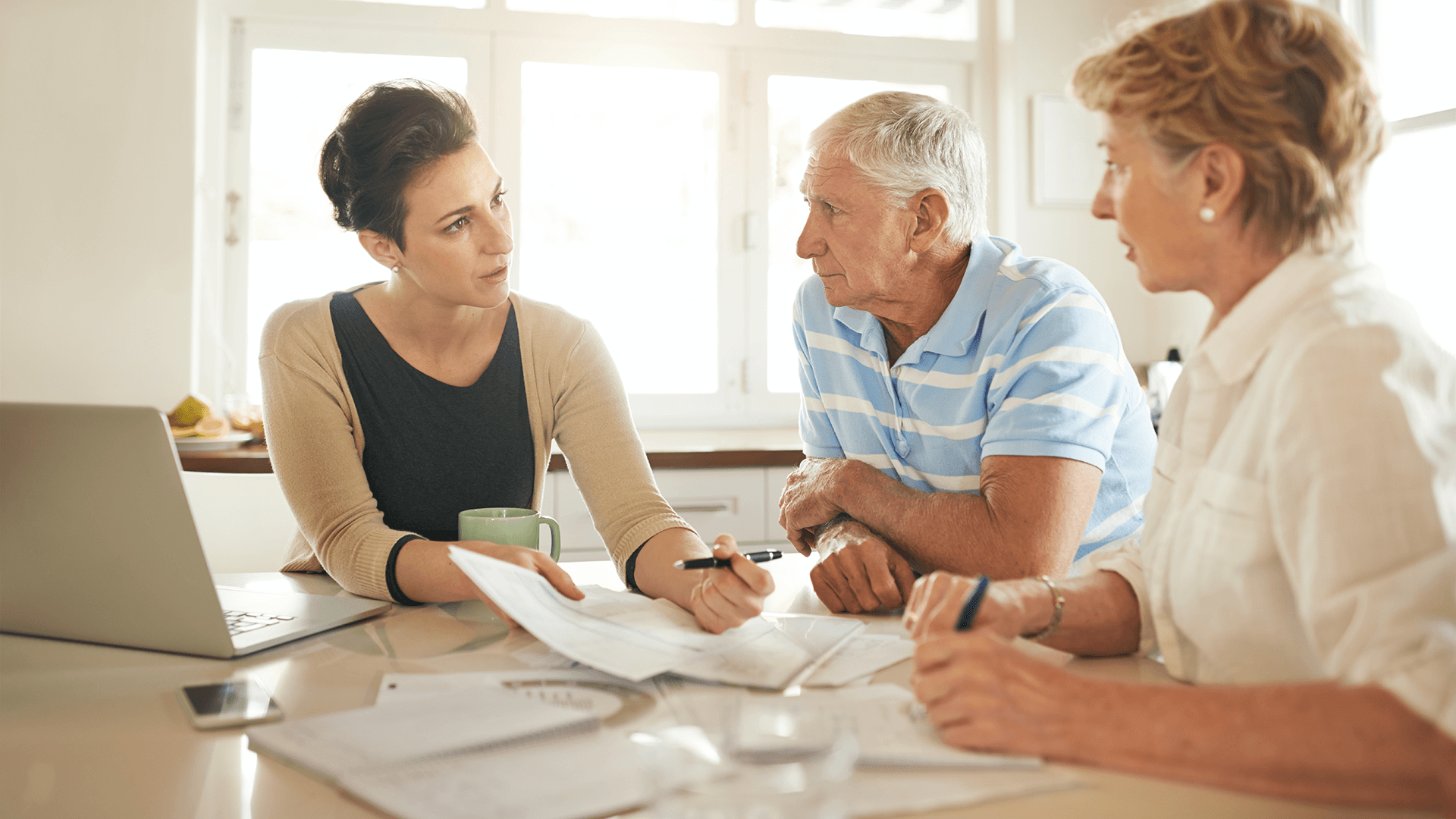