Blue Zones is the single most interesting thing I learned about in the Gerontology program I just finished.

Beginning in 2005, Dan Buettner, an author, and explorer among other things, was working on a story for National Geographic on the secrets of a long life around the world. Through his initial work and then follow up research, he identified five geographical areas that he came to call “Blue Zones.” In these places, residents tended to live longer, healthier lives. Four are scattered throughout the world: the islands of Okinawa Japan; mountain villages in the Nuoro province of Sardinia, Italy; the Nicoya peninsula in Costa Rica; and the Greek island of Icaria.  The fifth Blue Zone is located in the United States: Loma Linda, a city in southern California with a sizable Seventh Day Adventist population (vegetarianism is the preferred diet of Adventists).

The characteristics of life in Blue Zones feature a significant amount of physical activity integrated into residents’ daily lives:  movement during the course of the day, such as walking to and from the market, gardening, and physical labor.  There is constant social engagement – both with family and through lifelong relationships.  Residents eat a semi-vegetarian diet, with not much meat but fruits, vegetables, and fish or seafood. Blue Zone inhabitants live longer and have a significantly lower cancer rate than the rest of the world. Family plays a significant part in their lives: in Okinawa, and Sardinia, especially, there are many households with three or even four generations living together. Typically, daily lives in Blue Zones include stress-reducing activities such as prayer and/or napping, social time with friends and following the “80% rule”-when eating, stopping when  80% full (I’m not sure how they apply the rule-I have no idea when I’m 80% full and unfortunately I don’t care).  When you add all the elements of their lifestyles together, you’ve pretty well covered the six cogwheels of brain health (sufficient rest, stress management, positive social engagement, mental stimulation, healthy diet, and movement/exercise).

The big question that occurred to me is whether any of this is translatable to our lives.  It’s pretty clear that the living conditions in the Blue Zones can’t be reproduced in our urban, technology-driven society.  However, Dan Buettner, through his organization, Blue Zones LLC, believes we can live healthier, more purposeful lives and we can bring our communities together in attempts to do so. This is what Blue Zone Projects, promoted by Blue Zones LLC, set out to accomplish.  To that end, Blue Zones LLC has worked with health insurers, health care providers, elected officials, and community leaders to establish Blue Zone demonstration communities in different locales in the US.  Blue Zone demonstration communities focus on practical ways to make healthy choices more accessible.  For example, are grocery stores making sure that fruits, vegetables, and other healthy foods are both available easy to find? Have a significant number of restaurants added healthy options to their menus? Have a significant number of residents adopted healthier practices in their lives, such as healthier eating and increased movement or exercise?  And this is important: have workplaces and schools incorporated healthier practices, such as healthier options in school cafeterias and wellness allowances for employees?

I live in Oregon where we have an organization, Blue Zones Oregon, that establishes and oversees the Blue Zone demonstration projects in our state. The first project is based in Klamath County in the southern part of the state.  Once I learned that there was a Blue Zones Oregon demonstration project, I convinced one of my professors to allow me to write a term paper on Blue Zones even though it wasn’t close to what we were supposed to write about.

So, why was Klamath County chosen as the first demo community?

In 2016 Klamath County ranked 35th out of 36 on health outcomes (and 34th on health factors) among Oregon counties. In previous years, their ranking was only marginally higher. Some of the criteria used to determine rankings are smoking, obesity and physical inactivity rates; high school graduation rates; access to healthy food, and teen birth rates. Klamath County’s obesity rate is more than 10% higher than the state average; the rate of physical inactivity is 20% higher; alcohol-impaired driving deaths, children living in poverty, and the rate of sexually transmitted diseases are all significantly higher than the state averages and the high school graduation rate significantly lower.

These measures demonstrate that Klamath County needed to seek out ways to improve the overall wellness of the community.  Once they learned about demonstration projects, they applied, organized to become one and eventually became Oregon’s first.  And this is what really got me interested. How did the community come together to get the Blue Zones Oregon to choose them to become a demonstration project? As a former union staffer who did a lot of organizing and mobilizing, how Klamath County was able to come together for such an undertaking really fired my imagination.

Well before the establishment of Blue Zones Oregon, Sky Lakes Medical Center, the primary hospital and health provider in Klamath County organized Healthy Klamath to explore ways to improve health and well-being in the county. They conducted a community health assessment and based on their findings created a community health improvement plan.  As part of the plan, the group focused on a few of the major health concerns in the community.  The group organized an education program to combat obesity, providing education on diet and nutrition and encouraging physical exercise.

They worked with the city of Klamath Falls (the county seat) to improve the physical environment by repairing and expanding sidewalks to encourage walking; creating safe bike lanes; and planning the creation of “a downtown for all people” where residents could walk, congregate with one another, and build community.  When the group learned that there would be two model communities selected to become Blue Zone Demonstration Communities, their first step was to organize an email blitz to the Blue Zones Oregon director describing their ongoing work and their future plans. They brought together a group of 22 leaders representing every sector of the community to travel to Portland and attend the launch of Blue Zones Oregon (the delegation all wore matching Klamath tee-shirts). They continued to provide a barrage of information in order to prove the community was ready, willing and able to be a Blue Zone Demonstration Community The Sky Lakes Hospital Foundation stepped up and agreed to provide the $200,000 per year matching the funds that would be provided by Blue Zones Oregon. The organizing effort and the work to back it up was rewarded.  Klamath County was chosen as the first Blue Zones demonstration project in Oregon.

Once Klamath County became a Blue Zone community, Healthy Klamath established measures to assess the effectiveness of their project. Their overall focus was to create involvement: individuals, businesses, schools.  For example, the project determined the number of worksites, grocery stores, restaurants, schools, etc. that they need to involve in the project during the project’s three-year duration.  Klamath Falls, the county seat, has worked internally to implement policies and programs that would further the goals of the project. They revisited their master plan for infrastructure development, making sure that street renewal plans included safe bicycle lanes.  and increased walking opportunities In addition, the City engaged with its workforce to encourage healthy practices.  For example, the Police Department created a wellness plan and has been certified as a Blue Zone workplace.

Healthier, more simple lifestyles are not the sole province of Blue Zones. Anyone can apply Blue Zone concepts of nutrition, movement and other forms of physical activity to our lives. However, if those personal choices can also become community choices, integrating wellness principles into local supermarkets, restaurants, schools and other local institutions. Those efforts will have an especially profound effect on older adults’ ability to stay as healthy as we can as we age. 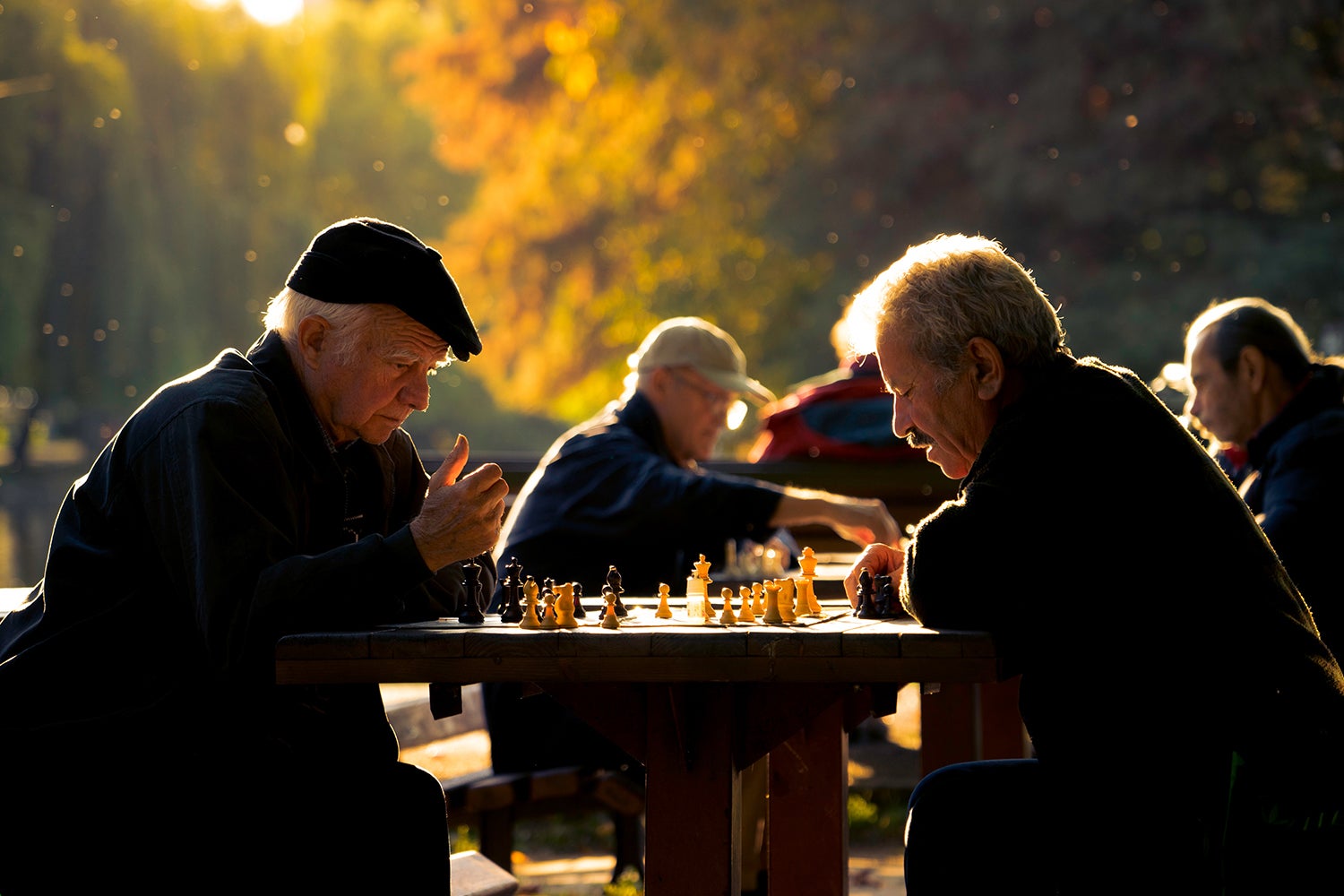 My name is Edward. I live in McMinnville, Oregon (about 35 miles southwest of Portland).  My wife and I moved down here to downsize, and to help my stepdaughter care for her daughters, ages 8 and 6.  She runs a restaurant, so she has a few late nights each week...
Read More

My Reverse for Purchase Story

Years ago, my wife and I looked into getting a reverse mortgage.  I was still working at the time, so we were just checking it out.  Fast forward to 2017.  We’re looking at downsizing on the one hand as, due to some family responsibilities, our finances had tightened. I’d lived...
READY TO RETIRE? 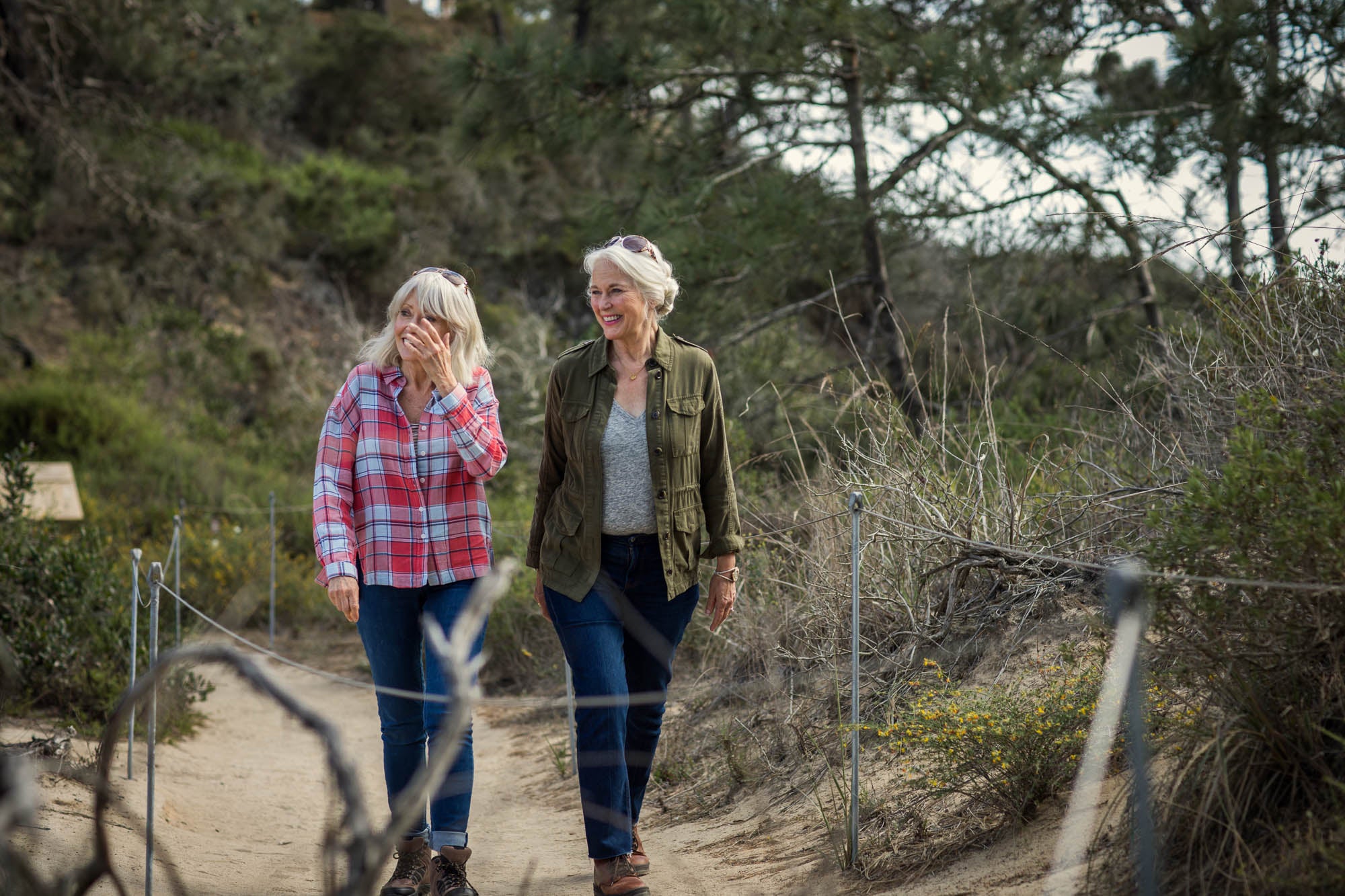 Bring It! Four Ways to Age with Gusto

Did you know that your brain continues to develop across a lifespan? It has the capacity for nerve regeneration and pathway rewiring, and it has the ability to grow new tissue. In fact, your clever brain produces nearly 10,000 new cells every day! Use them, and you can strengthen your...
Read More