It had been three years since my husband passed and all my documents and wills had been updated and filed.

At the time, my daughter was single and rented a one-bedroom duplex just around the corner.  She manages an upscale Italian Restaurant and worked five nights a week. She was close, but not “underfoot.”  We are both independent and outspoken but we also share a sense of humor, politics and an understanding that one day we would probably share a domicile, preferably my cottage.

Several months later, I knew there was something wrong, I didn’t feel like the usual me, but I was sure a good night’s sleep and all would be well.

I awoke to some frightening things happening and I called my daughter.  She took inventory of the situation and called an ambulance.  I spent four days in the hospital battling a nasty UTI. We decided now was the time for us to become housemates.

The transition was fairly easy. We each gave a bit on furniture placement, melding her things with mine.  She also had a favorite way of doing things, some she had learned from a younger me.

We each took a deep breath and recalled a favorite saying my husband always used.  “Don’t sweat the small stuff………..and it’s all small stuff.”

She didn’t expect, and I didn’t want to give up my independence.  But slowly and surely, I realized I enjoyed having someone lift some burdens off my back.

It was a slow process for us to meld our lives, but the options needed to be considered.  Frankly, many of my friends and family think we have a perfect relationship and they envy me.

With her capable and younger mind, I was 24 when she was born, and we always have been close, I could relax, write, and actually enjoy in the fact that I was not alone to handle my affairs.  That started slowly, but after three years of sharing the cottage it is easier to relinquish all control.

Her friends have become my friends.  I still have my alone time, and as the years go by, my need for being social has lessened.  She also has her alone time and enjoys her friends without me.

We are two strong women, but I find with every day, week and month that allowing her to help me out is not something I should resent but embrace.

This past year has been a real test of our relationship.  I have had some serious health issues.  I was diagnosed in my thirties with a degenerate arthritic condition of my lumbar.  Over the years I’ve had both hips replaced.  Turning 80 seemed to be the beginning of “time to pay the pauper.”

The details are nothing more than anyone else faces at some time in their lives.  Having a housemate made all the difference.  I don’t live in fear.  Perhaps the most difficult emotions that one must face as they age.

Someone would know if I fell, someone I could share the emotions that often haunted my days and nights. Someone would know what prescriptions I was taking and when.  In my case, someone monitored my health and took me to a series of doctor visits and explained what they were saying and what I should be doing.

In time, I was happy to lose some responsibility and that might be the most difficult choice one must face.

I was not fearful of being alone when she was not present, since I knew help was near.  We invested in a home/health alarm and I wear the watch like alert on my wrist.  So far, I’ve never had to use it.

When my husband and I bought the house we extended the footprint  to include a handicapped accessible bathroom, with an open shower and grab bars built in and one also near the commode.

I have several friends and family members, who have had a wonderful experience with assisted living arrangements. They are pampered, even to having someone handle their laundry and provide ready-made meals.

But if we had taken that course, it would mean selling the cottage.  Those are choices that must be considered.  That wasn’t an option I wanted to entertain.  And, I didn’t have to.

FAR’s partner, Silvernest, is a homesharing platform that uses detailed profile analysis to match homeowners with potential housemates. Silvernest is a safe and seamless way for boomers and empty nesters to find a qualified housemate to share and stay in their home. 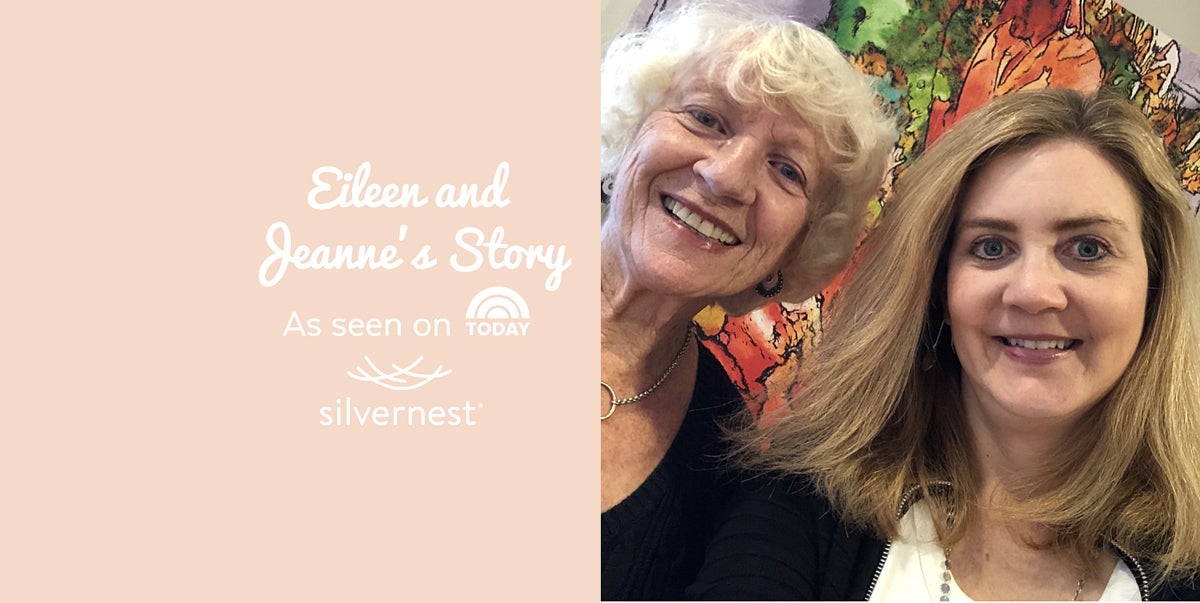 Featured on the TODAY Show, Silvernest’s homesharing program is proving that roommates can help make a realistic retirement plan. The baby boomer generation is starting to realize the companionship and cost cutting benefits of homesharing. Over the last decade the number of Americans over 50 who live with a friend...
Read More