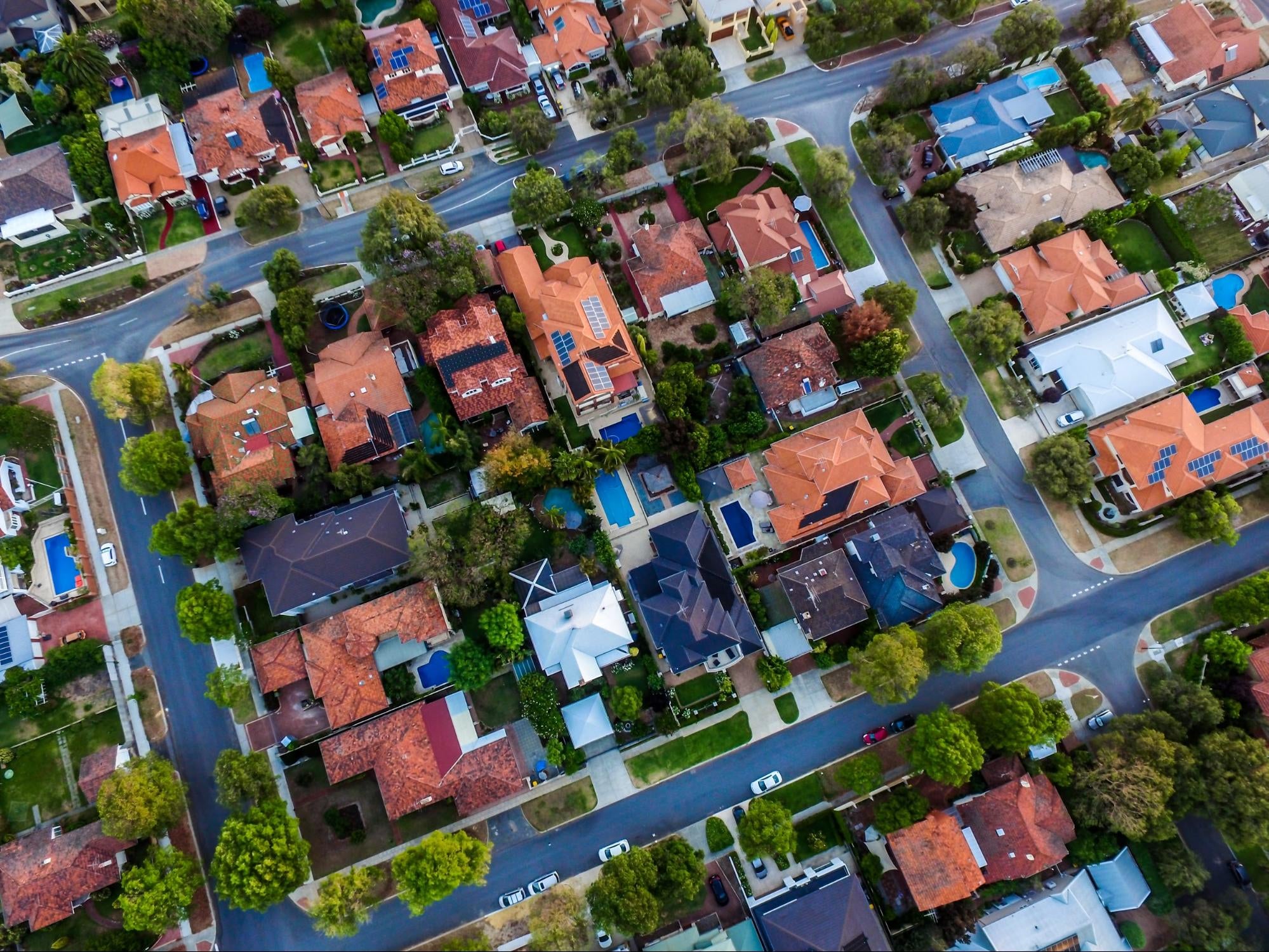 Throughout the last few weeks, we’ve been exploring the history of retirement in a way to understand how our industry has evolved. In order to make retirement products that work for you, we feel it’s important to look at how we got here. So far, we’ve documented the important points in history that have shaped retirement and explored the evolution of the modern American mortgage.

We’ve come a long, long way from the days when the reverse mortgage was first introduced to the world.

Back in 1961, as the story goes, Portland Maine’s Deering Savings & Loan worked with Nellie Young to design a new, never-before-seen mortgage product as a way to help the newly-widowed wife of a high school football coach stay in her home after his passing.

While the product was created out of fulfilling an honest and admirable need of someone in a community, the reverse has had its fair share of dark times that have placed it in an unfavorable light.

We’ve covered this subject frequently at Finance of America Reverse. We believe that people should be equipped and prepared to handle retirement and be given access to products and tools that enable and empower them well into their retired years. An often overlooked component of this equation is the home we live in and the equity we’ve built up from within the home. It’s not for everyone, but for many, home equity is a powerful and complementary tool that can help achieve a retirement that works best for them, on their terms.

So, before we dive any further into the history of reverse mortgages, it’s important that we refresh a few topics about the utility and inner-workings of the reverse mortgage product.

But, that doesn’t mean that everyone thinks about these responsibly. First, it is important to call out that not everyone thinks about reverse mortgages responsibly. You have likely seen some TV commercials about reverse products that may unintentionally confuse some key elements. One thing in particular is the term “tax-free.” In the reverse world, it’s good to remember that there is no such thing as tax-free cash – and the notion of this continues to contribute to the myths around the product.

As always, there are specifications in place that keep these products properly regulated. As long as you adhere to these guidelines:

Now, back to the history of reverse mortgages.

Aside from the origins, there are a number of dates in history that have shaped the reverse.

But, there are four really crucial dates that have impacted them more than any other.

A HECM for Purchase utilizes equity in the home with a reverse mortgage and is Federal Housing Administration (FHA) insured. Today, this comprises the bulk of the reverse mortgage market because the terms offered to consumers are better and the loan amount is fixed. In addition, mortgage payments are not a requirement. The reason why this innovation was so crucial to the reverse mortgage industry is because it provided an opportunity for homeowners to relocate for reasons that mattered specifically to their unique family situation: 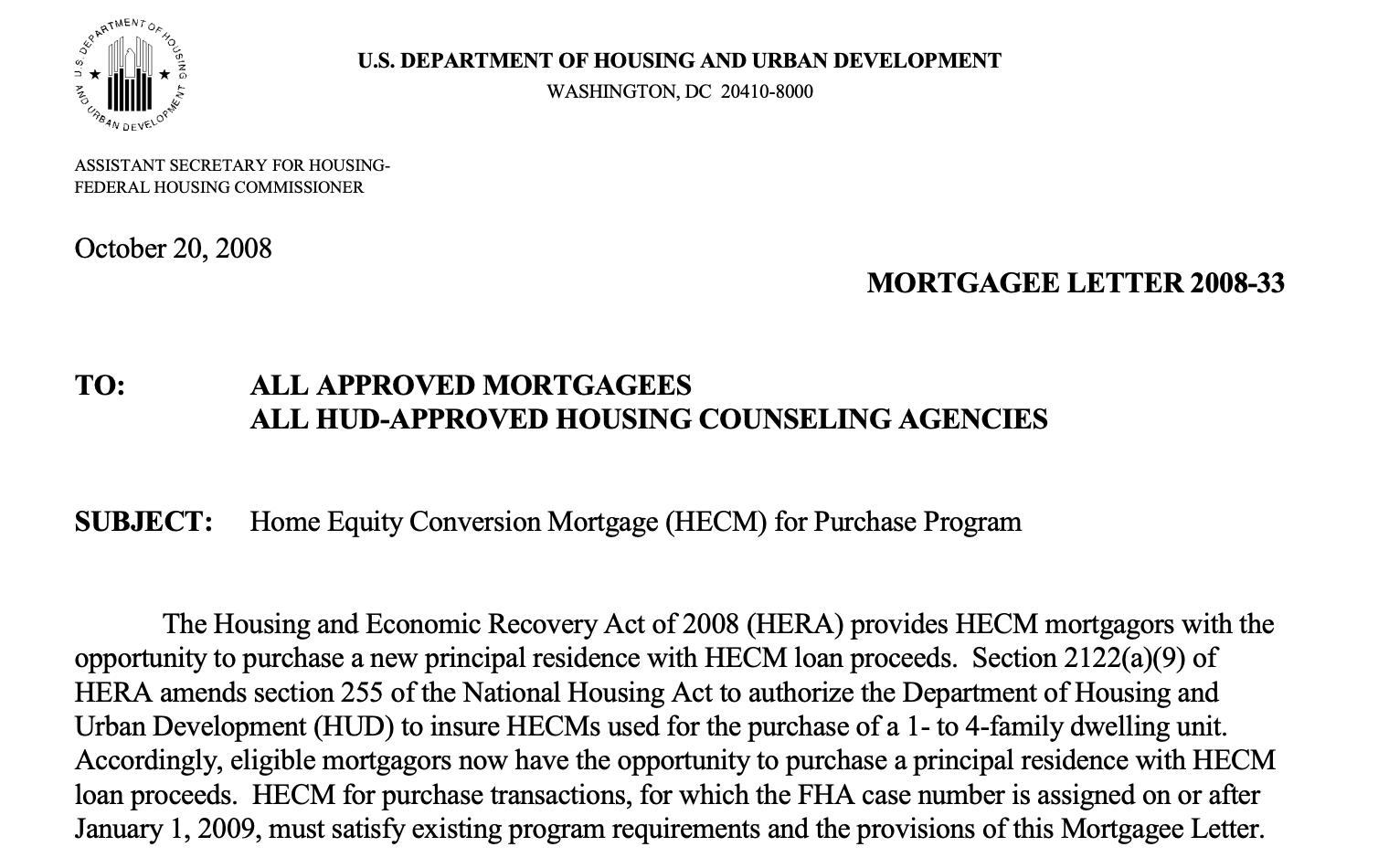 A memo from the U.S. Department of Housing and Urban Development announcing the Housing and Economic Recovery Act of 2008 providing HECM mortgagors the chance to purchase a new principal residence with HECM loan proceeds.

In the past, these options were typically met with a homeowner having to refinance. With the 2008 HECM, a retired senior could buy a home and obtain a reverse in a single transaction while still retaining their gain from the sale of an existing home.

In 2013, the key to using reverse mortgages was centered around massive cash-out refinance. As the industry quickly shifted focus to an adjustable rate product, the product started to be used for delayed gratification. Then, borrowers were able to keep unused funds in a line-of-credit where they could diligently use them over the course of a long, fulfilling retirement.

This was critical because it made loan originators, financial service professionals, and homeowners focus on using the product for delayed gratification instead of a massive cash-out refinance. The industry quickly shifted to the adjustable rate product that allows the borrower to keep unused funds in a line-of-credit and use the funds prudently over a long retirement.

Nobody in the equation will win if a homeowner gets a reverse mortgage and it’s not established at the front that it’s a good long-term solution for them. Everyone’s retirement story is different, and there’s no singular path that works for everyone. A reverse is a product that will work for some, while not others. In 2015, the financial assessment reduced technical defaults (the failure to pay property charges) and also helped both borrowers and lenders look at the long-term viability of the reverse in its totality so that it was determined to be a good path for them.

In the past, HUD set an “expected rate floor of 5 percent” meaning lenders that offered interest rates at that threshold would maximize the borrower’s principal limit. In October 2017, HUD updated this by dropping the floor to 3 percent. This move created increased lender competition (a good thing) for lower interest rates, paving the way for low rates and low interest accruals we’ve witnessed over the previous two years.

Overall, advancements in the reverse industry in 2013 coupled with 2015 really helped to shape how these products are provided. Because of these changes, technical defaults were significantly reduced.

In previous years, the reverse mortgage has had a mixed reputation in the consumer space. Like we mentioned earlier, there’s been concerns with fees and high costs, dicey sales practices, and the fear of losing the home outright if things don’t go well. In addition, there’s been a very steep hill to climb as reputable lenders work to reverse negative connotations about the product.

It’s a complex issue, one that we encounter with every single day we come to work. We’re not just dealing with a retiree or a homeowner. In many instances, we’re dealing with their family, children, grandchildren, and ultimately — their retirement goals and seeing their legacy come to fruition.

That’s the reason why we take the time to explore substantive issues here on the FAR blog that look at long-term solutions to the retirement space and complex issues that weigh legacy, family, and the meaning of living a meaningful life well into the retired years.

In August of 2020 alone, reverse endorsements nationally topped 4,000 according to data from HUD. That’s up from 2,341 in the same time period the previous year.

How far have we come? Now, many academic and research institutions are looking at the reverse mortgage as viable and useful retirement solutions and strategies.

“Reverse mortgages have long been viewed with skepticism by some retirees, financial planners, and financial institutions,” concludes Christopher Mayer, a researcher at the Columbia Business School along with Stephanie Moulton of Ohio State University who studied the market for reverse amongst older Americans and found that a majority of Americans are not using reverse mortgage home equity as much as they could, and most certainly not as much as is happening abroad in Canada or the United Kingdom.

Over the course of the last few weeks, we’ve been exploring the history of retirement, and it illustrates just how much tools and strategies helping aid in retirement have changed. At FAR, we’re committed to working with you to build the retirement you dream of, and we can provide access to the products that will help get you there. 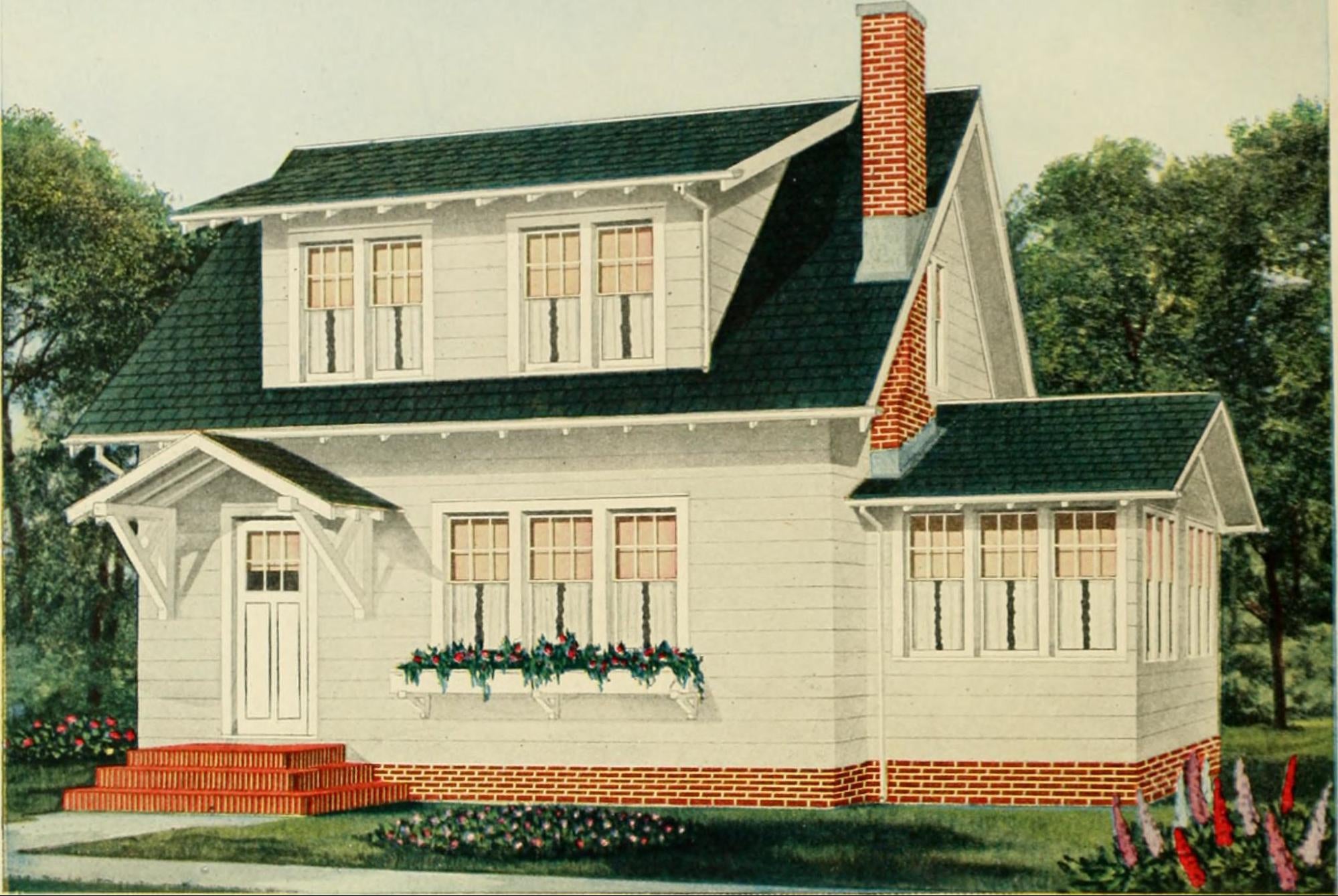 The History of the American Mortgage

“A man is not a whole and complete man unless he owns a house and the ground it stands on.”-  Walt Whitman   The American Dream is the idea that anyone can achieve their own version of success in this society. The term “The American Dream” was first coined by...
Read More 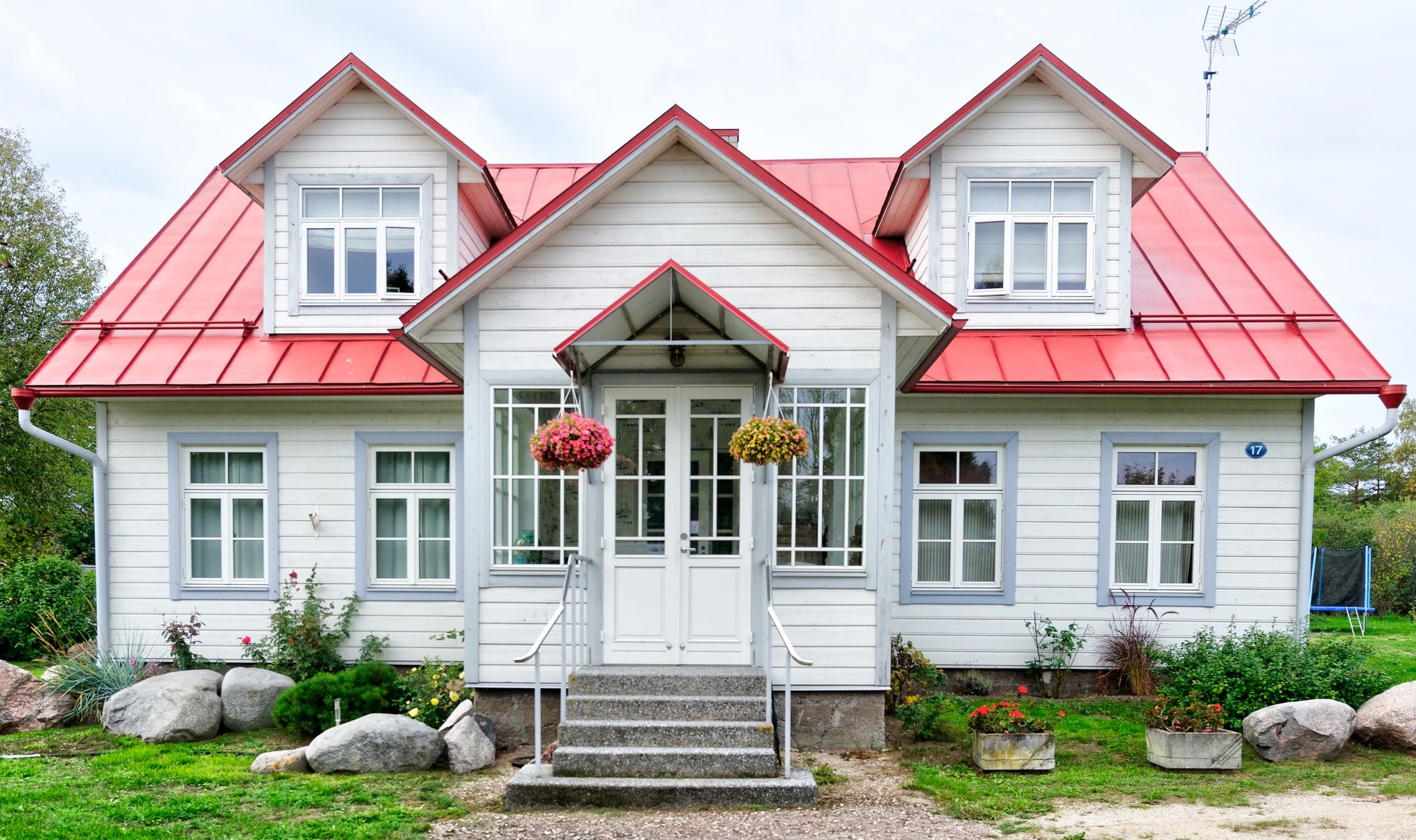 Learn the Language of Reverse Mortgages – They Are Useful Tools

Don’t think of reverse mortgages as complex. Think of them as unfamiliar. You can easily understand the basic concepts of a reverse mortgage, but many homeowners are unaccustomed to the language and terms used for these loans.   It would help if you familiarized yourself with the concepts and terminology...
Read More

If you’re a regular reader here, you know that there are a lot of myths about reverse mortgages. One of the biggest myths that we work to dispel is that reverse mortgages are a “last resort” and that our borrowers are desperate and needy.   That’s just simply not true....
Read More